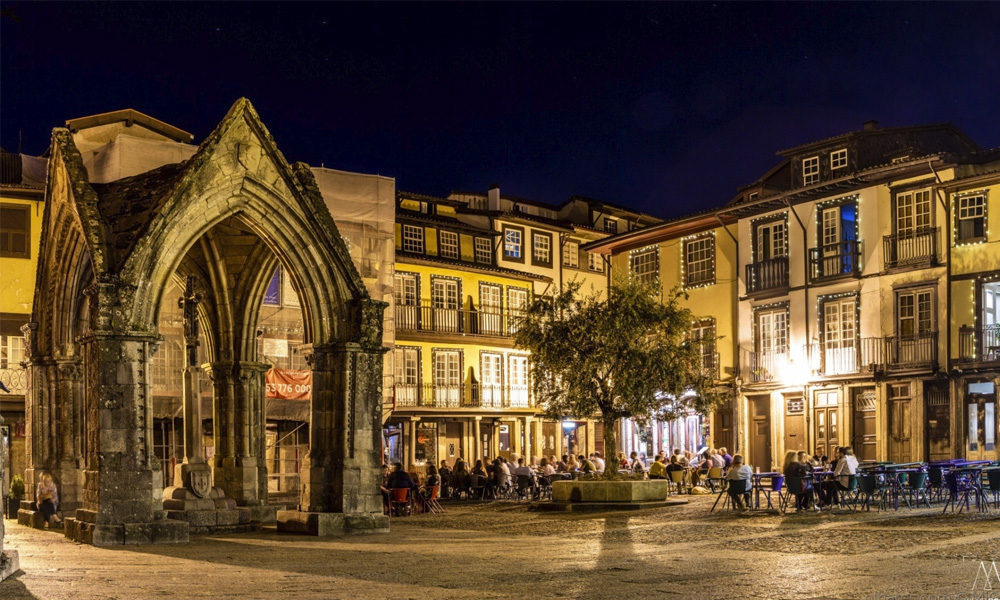 1. Afonso Henriques, the King who defeated… his own mother!

Afonso Henriques and D. Teresa disagreed on what the future of the county was supposed to be

Since 1112, the year of her husband’s death, D. Teresa held the government of the County of Portugal, alongside with Castilian nobles, including Fernão Peres de Trava. Afonso Henriques had significant disagreements with his mother since their strategic interests clashed, so he attempted to seize the county’s government, which is based in the area that is today Guimarães.

The troops of Infante Dom Henrique and the Portuguese barons faced Trava’s troops, its Portuguese supporters and Galician nobles on June 24, 1128, in the well-known Battle of São Mamede.

This battle was decisive as it brought about a change in the County’s holders of power, resulting in the expulsion of D. Teresa and the count, and thus changing the relations of social forces with their power.

The Portuguese barons chose D. Afonso Henriques as their leader, and to enable a kingdom that encompassed Portugal and Galicia, the Infante was crowned the first King of Portugal.

Hence the association with the origins of the country and of Guimarães being classified as Birthplace-City.

For a year, Guimarães’ streets were filled with cultural initiatives

After Lisbon in 1994, and Porto in 2001, Guimarães was the third Portuguese city to be European Capital of Culture, this time in 2012. The official opening ceremony took place on January 21st that year, with 4,000 people present in the Pavilhão Multiusos, including several political personalities of the time.

Two hours of music and dance marked, with pomp and circumstance, the launching of the European Capital of Culture – Guimarães 2012, highlighting the Catalan company La Fura dels Baus. Performances and multimedia projections won the applause of the 60,000 people that attended.

Until the end of that year, the city has been promoting the cultural diversity that characterises Europe, presenting a varied program of music, cinema, photography, fine arts, architecture, literature, theatre, dance, and street arts.

The European Capital of Culture Guimarães 2012 brought new buildings to the city and the requalification of Vimaranense symbols, initatives that not only changed the face of the city, but also changed its soul, giving Guimarães a new breath.

New public initiative equipment also appeared, such as the Arts and Creativity Platform, the Design Institute, and the Memory House.

3. The reconstruction of a bullring… in 5 days!

Vimaranenses got together and rebuilt the bullring in time for the Gualterianas Race.

At dawn on July 28, 1947, a violent fire broke out and destroyed Guimarães’ Bullring, which was built that same year and was scheduled to open that day. Despite the efforts of firefighters and numerous folks, the flames consumed the elegant new square, leaving only the stone foundations, the trench, and a pile of ashes.

The causes of the fire are still unknown today, and the whole city was dismayed by such a disaster, as the City Feasts program took place a few days later. But quickly people began to react, believing that if the materials and manpower needed were found, the structure could be erected again despite only five days left until the local festivities.

The help came from every corner of the city, from workers, builders, and even citizens. All together, they worked intensely day and night, in a superhuman effort, and achieved the feat of completing the work in time for the “Gualterianas” Race.

An event that moved the whole country, which was proud of the gesture of Vimaranes’ people, dictated by the spirit of sacrifice and the determination that only the people of this land have.

For a week, the streets of Guimarães are filled with local people and visitors for the Nicolinas Festivities.

The Nicolinas Feasts have their origin in the religious devotion dedicated to St. Nicholas (3rd and 4th century), protector of poor girls, persecuted, merchants, children, prisoners, the unfortunate, those abandoned by luck, and the sick.

Parallel to these devotions, St. Nicholas is also the patron of students. Legend has it that three school-age children were cut in pieces by an innkeeper, and when St. Nicholas approached them, he brought them back to life.

The celebrations in honour of St. Nicholas in Guimarães were initially exclusively religious by nature but were later appropriated by the students who formed a chapel in their honour and founded their brotherhood.

Taking place between November 29th and December 7th nowadays, the festivities comprise several Nicolino Traditions, among them the Burial of the Pine and the Nicoline Suppers, when students and former students of Guimarães (belonging to the S. Nicholas brotherhood, inclusive) gather and have dinner in the restaurants of the city centre, with the dish rojões (a typical Northern Portuguese dish combining fried pork meat and pork rinds), coming with greens and sarrabulho porridge, accompanied by green wine.

At the end of the dinner, the Pine Parade begins in the streets, with the sound of the drums and boxes, singing the typical “Nicolino Ringtones”. Nowadays, it is no longer only the students who join the party, with many folks taking part in the festivities.

Little Apples is another symbolic tradition to be held on St. Nicholas Day (December 6). The girls are on the balconies and windows of S. Tiago Square, watching the boys’ allegorical procession. Each boy has a spear that lifts up to the girls so they can put coloured ribbons with hints and be offered apples in return. The spear will be offered to the girl to whom the boy will declare his love.

The only cable car north of the Douro River and the first in Portugal was inaugurated on March 11, 1995. The 1700-metre goes between the city of Guimarães and the Penha Mountain, at an altitude of 400 metres, and the journey only takes 10 minutes.

Attracting national and international visitors all year round, the cable car provides one of the best views of the region extending to the sea as it takes tourists to the north of the country’s extraordinary place of worship – the Santuário de Nossa Senhora of Carmo da Penha (sanctuary of Penha).

At the top of the mountain you will find magnificent natural features, such as a monumental set of rocks that invite you to a long visit and a remarkable diversity of tree species.