1. Laurissilva, the forest that resisted the ice age

Recognised as a UNESCO World Natural Heritage Site in 1999, the indigenous forest on the island of Madeira, known as Laurissilva, is considered a living relic since it dates back to the Earth’s Tertiary Period.

Remember the glaciers? Jumping back to the Quaternary Period, which nearly led to the extinction of continental Europe, the existence of Laurissilva was reduced to the geographical area of Macaronesia, that is, Madeira, Azores, Canaries and Cape Verde.

67% of Madeira’s surface is considered a protected area and is made up of a lush vegetation composed of several globally unique species such as Loureiro (Laurus nobilis azorica), Vinhatico (Persea indica ), and Til (Ocotea foetens) or Barbusano (Apollonias barbujana).

The Laurissilva Forest of Madeira integrates the Natural Park of Madeira with the maximum status of Integral Reserve.

2. Fireworks have been a tradition since the 17th century

In the 17th century, New Year’s Eve on Madeira Island was celebrated with bonfires that illuminated the homes of Madeira with a marvellous orange glow. A century later, the English community residing on the island introduced the launch of rockets to mark the beginning of the New Year.

In the 19th century, Madeiran banker Joao Jose Rodrigues Leitao opted to recreate this tradition and the truth is that from here on the wealthy families on the island began to compete among themselves in launching the rockets, thus promoting a firework show which spread to the highest areas of Funchal.

The pyrotechnic show served as a way to prolong the celebrations in the ballrooms throughout the night. This show has grown over the years, gaining more fans until, in 2006, it achieved the international recognition of “The World’s Greatest Firework Show” by the Guinness Book of Records.

3. A vocabulary rich in typical expressions

The Madeiran accent is unique, but there is a vocabulary specific to the region. A combination of words and expressions from the Portuguese language and other languages have developed a very peculiar tongue known to the islands.

On the way, get ready to cover kilometers in the numerous “furados” (tunnels) around the island, but avoid catching a “viração” (draft). Finally, when you feel like tasting a fish dish, try the “chicharro” (horse mackerel), which greatly abounds Madeira’s waters.

4. The origin of the name Camara de Lobos

Câmara de Lobos is a municipality located on the south coast of Madeira Island, with headquarters in the city and parish with the same name.

Land of fishermen, it was given this name due to the great number of fur seals that inhabited the cove and the caves (chambers) present in that part of the island’s coastline.

Nowadays, Câmara de Lobos is still known for fishing black scabbard, but the fur seals are no longer frequently seen, as they are now more concentrated in the Desertas Islands Nature Reserve.

5. The largest tunnel in Portugal and the highest promontory in Europe

The island is very rugged. This meant it was necessary to build several tunnels, 150 in total, to facilitate travel in the Madeira territory. The largest tunnel in Portugal is located here and connects Faial to Santana for a total of 318 meters. This is why the Madeirans call it the Swiss cheese island.

In addition, Madeira has the highest European promontory of 589 meters, which is located in Cabo Girao. This is one of the most touristic places in the region and its name comes from the time when Madeira was discovered, when the cable served as a reference point for discoverers. 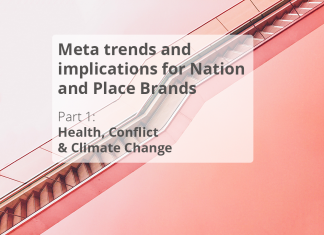 Meta trends and implications for Nation and Place Brands: Part 1 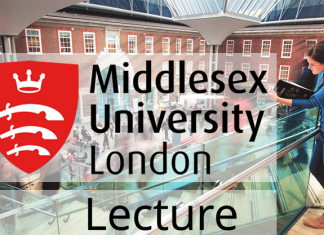 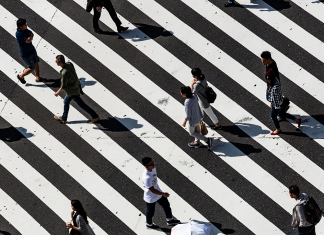