Stockholm’s geographical structure is quite special as the city is city is built on water. It is situated on 14 islands and on the banks of the archipelago where Lake Mälaren meets the Baltic sea.

The city is connected by 57 bridges, has 96 beaches, and the people of Stockholm own around 200,000 boats. This earned the Swedish capital the nickname ‘Beauty on the Water’.

Another special feature about Stockholm is the abundance of green space. The Royal National City Park (which is also the first National City Park in the world) has a lung role for the city. It’s a popular recreational area and visitors can enjoy forests, parkland, but also areas to swim.

That’s not all, funnily enough, the narrowest street in Old Town (Gamla Stan) is called Mårten Trotzigs alley, it has 36 steps and reaches 89cm (35 inches) in its narrowest part.

2. One of the cleanest capitals in the world

In 2010, Stockholm was crowned as the European Green Capital of the year. Ever since, the city has taken initiatives to tackle carbon emissions and other green initiatives. By the 1990s, their CO2 emissions dropped by 25%. Stockholm is aiming to be fossil fuel-free by 2050. For doing so, they will improve public transport, reduce waste, and increase biodiversity.

Sweden has a policy of Extended Producer Responsibility (EPR) and it is applicable for materials such as packaging, tyres, electronic cars, office papers, buildings and demolition waste, and plastic. For instance, for each bottle returned to a store, 1 krona is given back. Locals are very committed to EPR and recycling.

But not only industries and citizens are committed to the environment, the government shows similar patterns. They regularly implement many initiatives, programmes, and policies to accelerate public participation. Stockholm’s – and Sweden overall – success at keeping its streets and air clean stems from teamwork, with the involvement of the government, stakeholders, and citizens.

To illustrate this, Greta Thunberg (born on January 3rd, 2003), the Swedish environmental activist on climate change comes from Stockholm. She was first known for her ‘School Strike for Climate’ campaign, during which she sat outside the Swedish parliament to call for stronger action on global warming. Nowadays, she travels the world and is a leader in climate change action. She is an example of Swedish climate awareness.

Source: Down to Earth

3. Home of the Nobel Prize

Every year on the 10th of December, the anniversary of Alfred Nobel’s death, the Nobel Prize ceremony is held. This yearly ceremony was initiated in 1901 after the Swedish-born inventor Alfred Nobel stipulated it in his will.

The Nobel Prize for Physics, Chemistry, Physiology, or Medicine and Literature are awarded yearly at the Stockholm Concert Hall (Stockholms Konserthus). The Nobel Peace Prize ceremony is held in Oslo, Norway. The event receives a lot of media coverage worldwide.

The Prize Award Ceremony begins at the Stockholm Concert Hall, where presentation speeches are held and the Laureates and their work are presented. After this, His Majesty the King of Sweden hands each Laureate a medal and a diploma. The ceremony continues at the Stockholm City Hall (Stockholms Stadshus) for a banquet and hosts about 1,300 people – including 250 students.

The guests are Nobel Laureates and their families, Their Majesties the King and Queen and other members of the Royal Family, representatives of the Swedish Government and Parliament, international guests, and Swedish guests who participate in Nobel-related functions.

It used to be known as the Stockholm Globe Arena, and it is nicknamed by the Swedish as ‘Globen’ (‘the Globe’). The Ericsson Globe is an indoor arena, and most importantly, it’s the largest spherical building in the world. It is said to represent the Sun in the Sweden Solar System, it is the largest scale model of the Solar System.

It was inaugurated in February 1989. It is primarily used for ice hockey and concerts. Artists such as Metallica, Pink Floyd, Tina Turner, Eric Clapton, but also Britney Spears, U2, Beyoncé, and many more performed at this arena.

As a fun fact, in 1989, Pope John Paul II held a Mass in the arena, he was the first pope to hold a Mass in Sweden.

Another interesting fact is that a small 12m² (130 sq. feet) aluminium cottage was placed on top of the Globe in May 2009. This symbolised Sweden’s traditional, simple small countryside cottages, but placed on a high-technology building. This cottage remained on the Globe until October the same year.

5. Subway or the longest art gallery in the world

Stockholm’s subway stations are known as the world’s longest art gallery. Spread over about 110km (68 miles), with one hundred stations, at least 90 of Stockholm’s metro stations are a unique art gallery. There are paintings on the platform, walls, or waiting hall. But also mosaics, engravings, reliefs, and sculptures.

This art project started in 1957 when new stations were built and artists were invited to decorate them. Over 100 artists participated in the project.

This artistic initiative is also a non-expensive way to explore the city’s art and culture. These art pieces represent the rich and diversified Swedish culture since the 1950s. Each metro ride is a sort of artistic time travel. 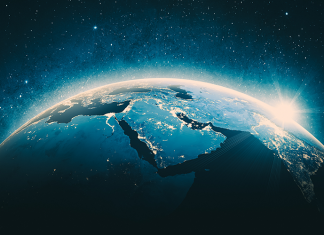