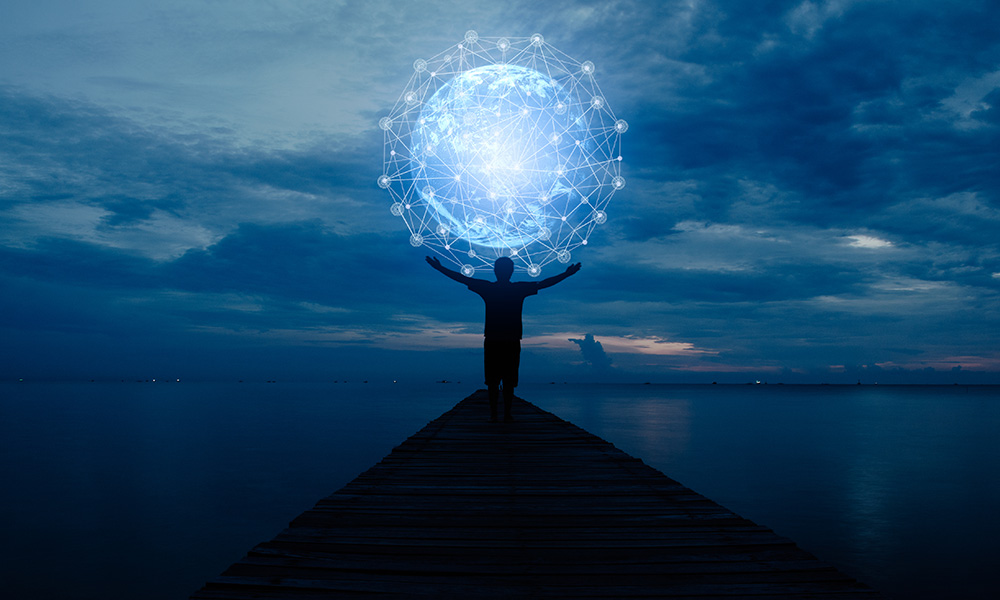 Digital presence, search results and online reputation. In today’s fast-paced world there’s no way around the growing importance of this correlated pyramid. Countries, Regions and Cities already know that their Place Brand needs to be strategically managed in terms of having a strong Digital Identity to achieve great search results, based on a positive online reputation.

The online world shapes those results and impacts behaviours, decisions and, above all, reputation. Any information or image about a Country, Region or City available online can influence the perception of its Place Brand in the “real world”. According to the Pew Research Center, 91% of people trust what they see and read in search engine results. And the Edelman Trust Barometer says that engines surpass traditional media outlets and social media channels as the most reliable source of information.

There’s no doubt we’re witnessing the combination of the age of information and the age of digital reputation. And this is valid for everything: from people to businesses and especially Nation Brands. Everyone uses digital platforms not only to interact but to access information and make decisions. And what appears in the first search results about a place influences the will to visit it, to invest in it and to live in it.

Thus, in a volatile world of digital reputation, a Nation or Place Brand must adapt its strategy to the new reality, where new information is generated every second and is available immediately, in any device, anywhere. So Nation and Place Brand strategies, including actions, activities and policies, must be aligned with the Digital Brand Identity in order to generate a consistent and positive international perception and reputation.

World citizens interact with Countries, Regions and Cities every day, hence a reputation can be built and managed in about three years. Nonetheless, a Nation and Place Brand can be destroyed much faster and easier than before, as stated in World Economic Forum’s article and only those who know and understand their audience, who stay vigilant and stay informed can react quickly and strategically to international image challenges.

A place’s Digital Brand Identity is partially based on the online presence of a Country’s National Tourism Organization (NTO) or an Investment Promotion Agency (IPA). In the Bloom Consulting Country Brand Ranking© – Tourism and Trade Editions, one of the four analysed variables is the online performance of a Country’s NTO and IPA because they function as the gateway to its own Country Brand and its online diffusion. Its official website and presence on additional online platforms contributes greatly to the brand’s overall success.

In generic terms, the NTO’s have a larger presence in social media than the IPA’s, with Facebook being the most used platform by both. The NTO agencies also have a significant performance on Twitter, on YouTube and on Instagram, which shows the best growth margin in tourism, increasing since the last Bloom Consulting Country Brand Ranking©. When it comes to trade, Facebook use is expanding among IPA’s, followed by Twitter, and LinkedIn.

In regional terms, Asian NTOs took over Facebook, Twitter and YouTube since the last Bloom Consulting Country Brand Ranking©, but still have a way to go on Instagram, which is now led by Europe. The Americas NTOs managed to boost their Instagram performance, but are losing space on other social media, due to a more positive effort by other continents, especially Asia.

Asian IPAs overtook the Americas tremendously on Twitter and on Facebook with impressive results on these two platforms. Europe slightly decreased on LinkedIn but is still the leader. The Americas may have lost the total dominance on Twitter, but are still number one on YouTube by far. Overall, the continent with the best online presence on social media is Asia followed by the Americas and then Europe. Africa and Oceania still have very low numbers to be able to compete with the other three continents.

This article was originally posted on the City Nation Place website.