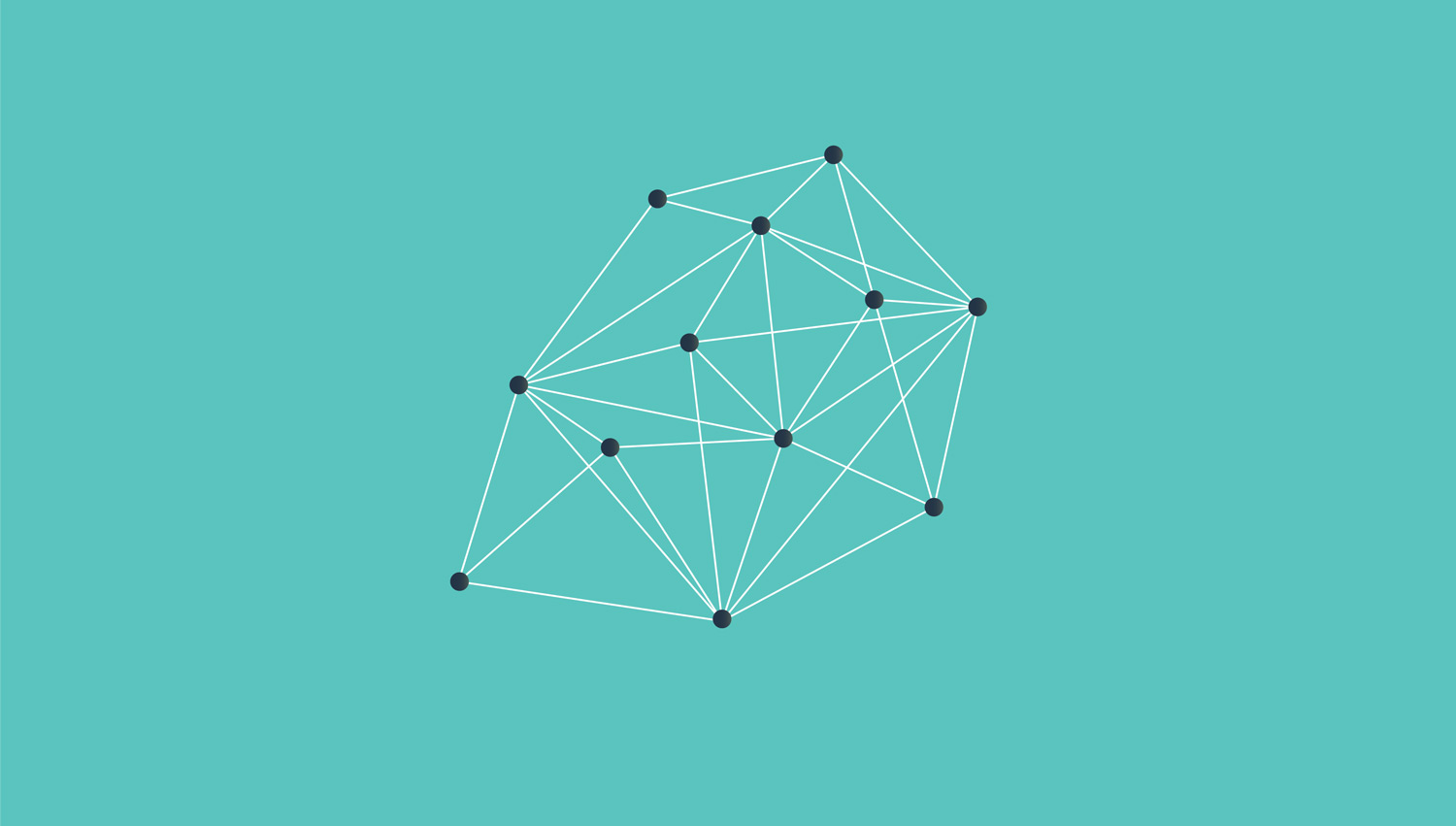 Nation Branding is the systematic and coherent management of perceptions surrounding a Country, Nation, or City that is inherent of political and social domains. In other words, Nation Branding and City Branding pursue not only economic goals, but offer a governance tool for development of territories through social, cultural, and environmental policies.

Both within academic debates and political praxis, there is a lack of consensus on the notions of Nation Branding and City Branding, even about the name itself, varying from Destination or City Marketing to Country Branding and Place Branding. Some authors approach Nation Branding as a practice related to the nation formation processes and the national identity re-construction in the transnational context, others mainly associate it with the turning of politicians toward soft power, more critical reflections attribute Nation Branding to a model of governance that employs free market principles for the development of Countries, Regions, and Cities.

What is Nation Branding after all? The answer is a combination of all of these things.

The modern hypercompetitive reality urges Places and Countries to look for new ways to stand out on the global scene, to find ‘unique’ traits that would distinguish them in the race for exports, investment, talent, and tourist attraction.

Countries aspire to build strong Nation Brands to foster and sustain primarily their economic growth, and to change the current position on the global mental map of developed/developing, advanced/backward countries for a more favorable one. In other words, to align perceptions about the country among global audiences with reality that people build and experience; very frequently, these two poles don’t coincide.

While branding as an instrument has become almost a must-have within territory development and governance agendas, the conceptual debates around the definition of Nation Branding continue to proliferate among academics, varying from papers in economics and marketing, urban studies, sustainability, political sciences to cultural and social sciences. Critical observations offer the following approaches to define the Nation Branding concept:

The Nation Branding concept keeps an open dialogue between all participants, from academia, practitioners to the public. While the article offers a more pragmatic view of Nation Branding, it is important for Place Brand managers to track the critical views on the topic to develop more resilient Nation Branding strategies.

A Nation Brand is as dynamic and multifaceted as the nation itself. In a nutshell, Nation Branding and City Branding are a compound of efforts by public and private institutions to manage how a Country or City is perceived among global audiences, and how this perception is being influenced both by internal and external actors, real experiences and virtual imageries. These efforts are, or at least should be, actions, activities and policies that are aligned with national economic, political and social objectives.

Nation Branding objectives vary from country to country depending on the management model and specific challenges of a Country. Government-led projects usually focus more on economic development and foreign policies or public diplomacy, while those initiated by public-private partnerships aspire to entrepreneurial development or revalorization of a territory’s cultural capital. In general, Nation Branding usually aims to:

Nation Branding objectives differ from marketing ones that have transactional value like number of tourists, tourism expenditure, or FDI leads. The perception management, aka Nation Branding, facilitates territorial resilience and loyalty of target audiences, which are is especially vital for countries during global crises when marketing instruments do not function adequately.

Nation Branding praxis is still widely pioneered by the misperception that a brand is a logo or a statement, equating nations and commercial brands. The temptation to get a quick improvement of a country image by creating an attractive logo or visual style leads to a waste of budgets. Finally, “unique” logos have the destiny to be blurred on the global map of similar images and static statements.

Another confusion is that Nation Branding has a pure promotional function, and that a great advertisement campaign will solve all problems: Countries start investing money into marketing activities that might have a short-term effect but will not evoke “love” for a Nation or Country.

Nation Brand is about vision, what a Nation wants to be known for externally, what distinguishes it, what makes people proud of — the Central Idea ©. The Central Idea © should derive from national identity, not by artificially created images or statements.

The Central Idea © is the emotion, an unpronounced feeling that is evoked every time your audiences interact with a country. It flourishes all actions, activities, and policies that constitute Nation Brand. The schematic division between Nation Branding and Marketing is also applicable to a City Brand.

Both Nation Branding and marketing objectives derive from the 5 dimensions, namely Prominence, Investment, Export, and Talent which constitute the Country Brand Wheel ©. Each of the dimensions are aimed at specific challenges that a Nation may face, like general global reputation in the context of crises, or exports increase. While Nation or City Branding aims to improve perceptions across the 5 dimensions, Nation or City marketing focuses on leads and transactions.

Simultaneously, Nation Branding adds symbolic value to the services and products that a Country has to offer. Nation Brand is basically a representation of national identity, a perception that is being socially constructed and reconstructed through a myriad of touchpoints either when experiencing a place (visit, live, study) or when being influenced (online and offline narratives, personal encounters, etc.). Eventually, the constant management of the perception is the goal of Nation Branding strategy.

Understanding the current perceptions is the first step in the development of a long-term Nation Brand strategy. How do your audiences feel about your nation? What are the main associations? Do those perceptions reflect the reality? How do the perceptions correlate with what citizens convey about their country?

Perception cannot be narrowed down to just “good” or “bad”. A plethora of aspects constitute a perception of a Country, such as culture and history, education, sport, safety, foreign policies, and the way Country mitigates global causes like climate change, gender inequality, or poverty.

The proper government and management structure is necessary to track perceptions and align them with reality trough actions, activities, and policies. The diagram represents the four quadrants of Nation or City Branding strategic management according to the Bloom Consulting SpiderBrand© methodology (works in a clockwise direction).

The executive team should spearhead the brand on an ongoing basis, taking responsibility for perception management, conveying meaning validated by the Central Idea ©, capacity building, and stakeholder engagement. Mapping and connecting the dots of who would be the necessary stakeholders beyond the advisory board is key. The executive team should seek to escalate brand matters and initiatives beyond the internal structure through meetings, workshops, and tireless communication.

One of the common mistakes is an attempt to create a universal strategy in order to transmit only positive narratives. Such “polished” strategies usually fail, backfired by inevitable social realities. Instead, a Nation Brand management model should focus on listening to the narratives and contributing to them through a consistent dialogue with stakeholders and alignment of actions, activities, and policies to the Central Idea © and public feedback.

Nation Branding theory and practice incorporates other domains: social, political and cultural, as well as historical and geographical. Hence, it is important to distinguish concepts that Nation Brand managers encounter throughout their practice. Here, we offer incomplete (complete taking up many pages), but prerequisite definitions that practitioners most frequently have to deal with.

Nation — There are two approaches to define a Nation and consequently National identity: essentialist and constructivist. In essentialist terms, a Nation is a natural unit originated from a commonality of its members, ethnical or linguistical, traditionally inherited from the predecessors. Constructivists define Nation as a social “imaginative” or “imaginative community” created through certain political and social mechanisms. Although essentialist discourse did not disappear, these days it has lost its relevance, and research on Nations defines its object as a social construct.

National identity — While essentialism focuses on discerning essential elements of a particular nation and culture like traditions, rituals or heritage, constructivism defines National identity as a compound of discourses, permanently produced and reproduced by governing elites, mass media, and the publics. Such discourses intend to convey a “thingness” of a nation, a visceral sense of belonging to the nation.

Nation Brand Research — The research on the one hand aims to understand current perceptions of a Nation and Country among foreign target audiences. On the other hand, Nation Brand research is inwardly focused and intends to discern social and cultural landscape and its dynamics, to distinguish a set of key values that will become the foundation for a brand’s Central Idea ©.

Nation Brand Strategy — A long-term vision of National Brand development process that implies actions and policies to achieve specific objectives for economic, social, and political development, as well as consistent management of a nation’s reputation and perception.

Nation Brand — Perceptions, feelings, and emotions that someone may have whenever they hear a Country’s name.

Nation or City Brand audience — Target audiences, those who interact with the brand; investors, tourists, workforce, general public, and companies.

Digital Identity — The representation of the Nation in the digital sphere, in essence, the first three pages of results when you search for a place online.

The Central Idea — Unspoken point of validation derived from your Nation’s essence and purpose.