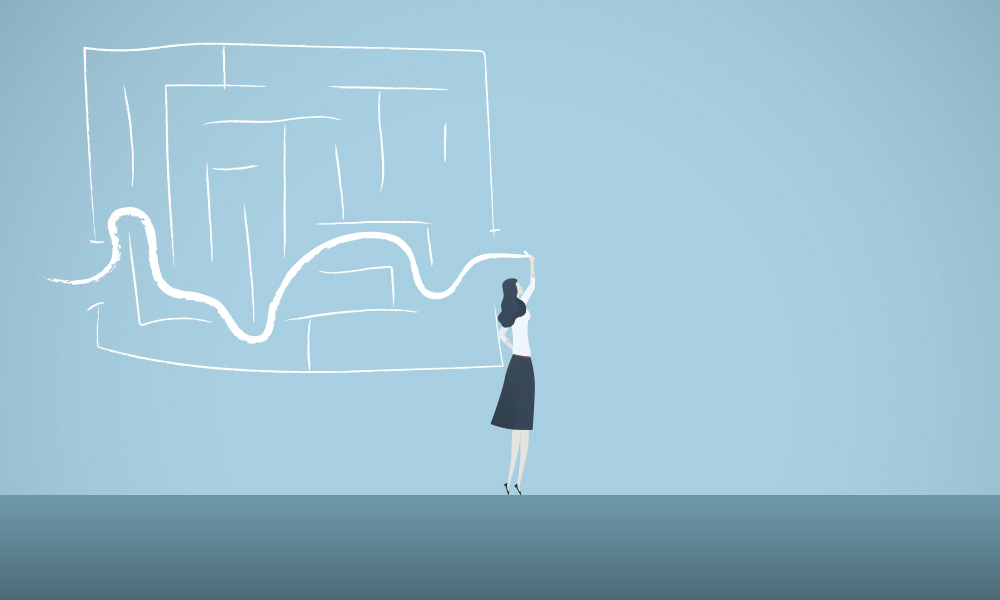 When we talk about Nation Branding, we’re speaking of a Country as a whole. We treat the national identity representation as a means of building a favourable internal and external Country image. Like any strategy or project, it only succeeds when it involves the various parts of the whole, from governments to stakeholders and their population.

However, in the process of creating the strategy, several challenges arise at any given stage of Nation Branding. Below we have listed some of the challenges that can be tackled with the right vision and implementation.

The Impact of Government Leaders on Nation Branding

In many cases, the Country’s political leader is the first point of reference people have of a Country, since their image is construed by the world through the media. They are public figures who represent a particular value system, perspective, and a Country. As a result, a leader’s impact on a Country’s reputation is inevitable.

Thus, governors can contribute to the image of their own Country through diplomatic and political decisions, internally and externally. To have a successful Country Brand, the same actions and measures must be a part of a Nation Branding strategy that is based on a common vision and specific goals.

The greatest challenge is to create a positive perception of the Country Brand internally and abroad. When political leaders have a good reputation in their nation, they may not be as reputable or reach the same level of support at an international dimension and vice versa.

A great example of the former is the Chancellor of Germany, Angela Merkel. Her position as Europe’s leader is inseparable from her position as Germany’s leader. Although she is strongly contested by European citizens because of the economic austerity she has advocated, she maintains strong domestic support.

On the other hand, there is Luiz Ignacio Lula da Silva, former president of Brazil. He is, simultaneously, one of the most infamous politicians in the history of the Country and had a very positive international image. However, his national reputation was destroyed by the Lava Jato case, for which he was arrested. Brazil’s Country Brand, which was at its highest, later declined.

The Constructive (and destructive) Power of Media Coverage in Nation Branding

Regardless of the form of communication, be it television news, tabloids, newspapers or radio, all significantly contribute to the perception of a Country, raise public awareness and build (or destroy) a Nation’s Brand.

“Any press is a good press?” Not at all! Essentially, it’s media that controls the image of a Nation’s Brand, not the other way around. Most of the time there are undesirable consequences, as the media coverage primarily focuses on scandals and negative economic outcomes rather than on the positive aspects.

Furthermore, global media does not hold a positive discourse on a Country for a long time. Sporadically, they discuss examples of innovation and social progress, nonetheless returning to the negative aspects. In many cases, discussing social issues such as inequalities, corruption, politics, and human rights, is useful and justifiable. But at times it may blow the issue out of proportion.

The press can be extremely helpful in building a Nation’s Brand image if it has a good strategy to support it. Even as an external force, the media can have a powerful effect on the value of Nation’s Brand. When investors consider investing in a Country or when a tourist considers visiting a Country, everything that is conveyed by the world’s press influences perceptions.

Strong economic performance is easily associated with civilization and progress. Seemingly, money is equivalent to order. But it is not always enough, as an economic power can quickly change from Region to Region.

Instead of trying to control the media, the results of Nation Branding should be shown to the media, allowing them to judge for themselves.

Nation Branding acts as a strategic tool that helps promote all types of audiences. The competitive advantages of a Country, Region or City, are its historical and cultural heritage as well as quality of life. It also serves the purpose of attracting capital and investment to support the sustainable socio-economic development of the place in question.

Thus, one of the challenges is to identify the distinctive features that enable the Country and stakeholders to achieve their strategic objectives. Creating an identity from the many values ​​is not always tangible and representing the different interests of various social groups involved in the strategy is not an easy task.

A significant part of this challenge is the inclusion of stakeholders in the Nation Branding process, as it is far more complex for Countries than it is for products. As a matter of fact, the Country Brand conceptualization is a result of collaborative decision-making processes between multiple players, usually involving disputes over representations, responsiveness, and brand identification for different stakeholders.

The role of stakeholders and their involvement is crucial in building a Nation Brand. Not only do they make valuable knowledge contributions, they also have a position that facilitates local, regional or national development. Without including authorities and governments, investment and touristic agencies, private sector representatives, local businesses, opinion leaders, and common citizens a positive brand value cannot be achieved.

Subsequently, all of these entities play an active and dynamic role in the development of Nation’s Brand. From this multitude of stakeholders, some conflicts of interest may arise. Therefore, identifying the key stakeholders and their objectives is crucial in the first phase. It should provide more opportunities to incorporate entities that demonstrate willingness to participate in the process.

Stakeholders should not be alienated as it may lead to the loss of cultural identity and a country’s heritage, which is extremely important to the brand. Instead, the link between all the parts must be explored in order to overcome the challenges and achieve the common goals. This requires a strategic alignment among all participants.

In order to avoid the risk of diverging from Nation Brand’s initial objectives, the brand´s management structure must rank priorities and ensure rationalization of all potential benefits. This must be done in accordance with the rule: a strong Country Brand is one that allows good communication between its various stakeholders.

Companies, investors, tourists, talents and the general public… In the past, if a representative of any of these stakeholders had been interested in a Country, Region or City they had read of or heard of in the news, they would have gone to an intermediary for further information. Thus, in the case that a company is looking for a business partner, the Chamber of Commerce would have been asked to help. A tourist would have gone to a travel agency. A person looking for a new place to live would have visited the consulate of the Country under consideration.

Nowadays, all stakeholders mentioned above would satisfy their needs directly by doing an online search. They would no longer have to turn to official trade services. For example, modern tourists use search engines to seek information on the destinations they plan to visit, which was confirmed by a study conducted by Google (2014). The study reveals that the results of search engines appeal to about 65% of tourists, providing them with inspiration. The same is true for international investors, more than 86% admit to using search engines as their primary source to gather more information about potential countries to invest in (Bloom Consulting, 2015).

Given the newfound trust stakeholders placed into the new technologies, intermediaries and guardians of the information were eliminated or replaced. According to data from the Edelman Trust Barometer 2019, search engines have indeed already exceeded the credibility of traditional media. Nonetheless, any important information is always available in the digital world through search engines and other digital platforms.

As companies, services, tourists, and people in general have adapted to the transposition of reality into the digital world, Country Brands have too. They will continue adjusting to the future of Nation Branding. Transitioning from Nation Branding 1.0 to Nation Branding 2.0, Digital Identity has become a determining factor for Country, Region or City Brands. As a consequence, any real life event finds its equal in the digital world.

Since what has happened today will be always available and can always be shared online, the notion of outdated news ceases to exist. Thus, wide-reaching audiences can access information about any Country, Region or City. For example, following a Google search of a specific destination, from the first two pages of results you will find the first impression people get even if the information is not the most recent.

Keeping this fact in mind, a Country Brand must work on its Digital Identity so that people’s perceptions are truthful and suitable. For that to happen, its presence online must align with its Central Idea. It is important to know which activities and topics are relevant to your audience and so, leveling them on digital platforms will generate more proactive interest online and, subsequently, more visibility in the real world.

The role of climate change in Nation Branding strategies

One of the biggest challenges of Place Branding currently on the world’s agenda is the impact of climate change on the Countries, Regions, and Cities. This is a topic that must necessarily find its place on Nation Branding strategy agendas so it can take this issue into account when developing brand offerings and experiences.

The youngest generations – Millenials and Generation Z – are very concerned about the environment. Thus, they are more frequently questioning local, national, and world leaders on the measures they intend to take put an end to the effects of climate change as it affects the global population.

From violent hurricanes to wildfires, we see our planet desperately crying for help. In fact, citizens are the ones who suffer from these natural disasters the most. Its scale is constantly increasing by environmental damage caused by human actions.

Fortunately, there are already some sustainable measures being implemented by Countries, Regions and Cities. Although they are not being implemented in the necessary or desired dimensions, Country Brands like Costa Rica have rendered sustainability their business card. They work tirelessly on leading policies of their governance on preservation and green energy.

If Countries, Regions or Cities are not concerned about acting on carbon emissions and poor air quality, there is no strategy that can attract a worthwhile talent. Investment in development and improving the economy will not be sufficient for a Country, Region or City Brand that does not include serious measures to address the challenges of urgent climate issues.

Not only is this an urgency that affects the Country’s population, it will negatively impact the brand. This is in comparison to other Countries, Regions, and Cities that have acted in accordance with the gravity of the situation, becoming more appealing to investors, tourists, and talent.

From the audience’s point of view, a potential investor may inquire whether a particular Country, Region or City has made a sufficient commitment to address the climate issues (i.e. zero emissions and “green” buildings). This factor may act in favor or against the Country, Region or City Brand and its reputation. In the same breath, a tourist should be assured the place he or she has chosen to visit is being preserved through sustainable policies so that it can continue to appreciate in the future.