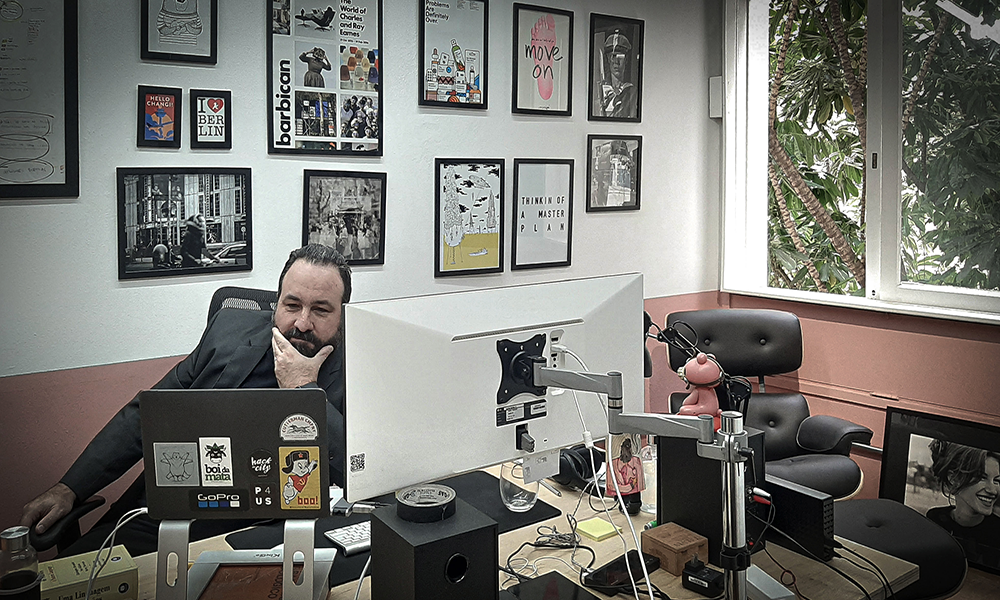 How did you find yourself becoming an expert in placemaking strategy?

It is indeed a long story, my journey into placemaking. I graduated with a degree in architecture and have always been interested in urban planning. My final work, in the early 1990s was what is now called ‘urban acupuncture’, an approach which uses small qualifying interventions in places which are more vulnerable.

The difficulty of working on this subject in Brazil, mixed with the modernist matrix that even insists on impregnating Brazilian urban practice (something that is obviously the antithesis of what I believe), distanced me from my area of ​​focus. During one of those turns of life, I came across branding. It was at that moment I found myself entering into the industry and would later become a brand manager. This is where my journey in place branding begins.

Years later, already at my office in São Paulo, a client approached me by chance who was a developer and built neighborhoods. It was my opportunity to join my passion for a more humane city, with the experience that branding was capable of providing. I was excited to bring this otherwise unknown practice of place branding to Brazil. I jumped right in, contacting all the institutes, groups, portals and events keynote speakers on the subject to learn more. There were many more people involved in placemaking strategy than in place branding, for this reason I landed more so in the former. I was surprised to find out that these two segmented groups not only didn’t know each other, but effectively didn’t know the other existed whatsoever.

I remember my first time at City Nation Place, when I met Malcolm Allan, president of Bloom Consulting, we started talking about placemaking and I told him my concerns about bringing the two together. I understood that this “marriage” of ideas was essential, but it was not enough for me to simply think it. It was time to propose clear guidelines how to “make” a place. This is how we came to develop a methodology in Brazil that united the two fields. I stopped using one without the other and it proved, for whatever reason, to work very well. Another important piece to placemaking is the certainty that people are a place’s main asset, a provocation to traditional urban planning. The humanist vision is the compass to placemaking. That is why we ended up incorporating this vision into our place branding process.

A place is made by people, for people and with people. That is the main lesson of my journey.

How important is the physical space we live in, what influences can it have on our daily life?

Physical space is crucial in our life, this is very clear in our own home. Recent events have shown us how we care about our homes and the consumption of goods related to homes. In getting through this crisis, we sought to maintain the best possible environment in the face of the not being able to leave our own microworlds.

The problem becomes a little more diffuse when we talk about cities. We don’t always realize how much they influence us. Incidentally, this is a recurring subject for us. In 2018 we published a comprehensive survey on the impact of cities on people’s happiness, with a special cut for generation Z, called Oxytocity, relating to what Paul Zak calls the “molecule of morality”. Many imagine that the most important things about a city are its architecture and geography, which are vitally important, but the question is what is meant by that architecture and geography. The physical quality of a city building matters less than the glitzy aspects such as scale, typology, design of the street and relationship between the height of the building and the size of the sidewalk.

Danish urban planner Jan Gehl, whose team I had the pleasure of working with on a project in Brazil, speaks of the “city for people”.  For me, this is the core of placemaking. Even better, this is where place branding and placemaking begin complement each other. Gehl believes in human scale and dynamism, how can we fit these pieces together to be successful as place for people.

A good place is a place with meaning for those who relate to it, and why not add that a good place is also a place that promotes encounters of meaning in people’s lives. This is where place branding comes in play, or in our case, Placemaking Identity (ID), which is a combination of the two fields of expertise.

Placemaking strategy guided by the identity of the place, and therefore by the identity of the place’s people, is capable of creating customized solutions on a case by case basis. In different places, even varying by cityscape, from different corners of one single neighbourhood, there is always a base culture and a subcultural behaviour of localized communities to take into consideration.

Although human scale is essential for a “good place”, what happens in that place is just as, if not more, important. Placemaking can be used as a tool to rescue places wherein the original urban planning and real estate dynamics lost or destroyed an element which I like to call “vibration”. A good place is a place with people, activities, and life, each contributing to the safety of the place as described by Jane Jacobs in the 1960s. It is not enough to have a correct human scale if the place has no life.

This is perhaps one of the fundamental differences between traditional urbanism and Placemaking ID. While the former is concerned with formal issues, the latter is more concerned with quality of life and what’s actually going on in that place rather than the shape of the place itself. The shape of a place should be a result of the how life is lived in a place, shape should enhance what is already there, not redefine it.

What are the key factors to successful Placemaking ID, the new service offered by Bloom Consulting?

Here in office in São Paulo we have these words printed in giant letters on the wall of our reception:

It is all about

I think this sums up what I think is the key factor to successful Placemaking ID.

If the people who use the place are not “happy”, then something has gone terribly wrong. I should explain that this happiness is not a matter of euphoria as some may think, but a happiness in terms of life. Perhaps better understood as the feeling of living life to the fullest.

Many of my clients are real estate developers. This market is used to two metrics of success; quick sales and margin of return. I have systematically been saying that as important as these two criteria are, there is a third, wellbeing (happiness, meaning, etc) of the people who are/will be affected by the real estate venture in question. This is perhaps the only metric of success that actually guarantees the perpetuation of the business and the possibility of future ventures. After that initial impact, something no entrepreneur wants to hear, you will never be finished. Now comes into question the vitality of a place. It is not enough to build; you need to create the foundation of a place which is going to be vibrant and aligns to the Central Idea of a place in the long run.

What could have been a shot in the food has proved to a be a such a successful approach. This humanistic view can now be quantified in fiscal numbers, contributing to the financial success of several entrepreneurs.

To answer your question more directly, the key factors to successful Placemaking ID are; effective community participation in increasingly co-creative processes, a deep understanding of the local culture and subculture and finally a truly multidisciplinary approach.

My criteria for success, for example is even simpler. If the feedback from local community is that they see themselves and one another in the project, we’ve done our job. Fortunately, this has become a common response.

What has been your favorite project in your professional career?

There have been many projects in a relatively short period of time, and it always difficult to choose which are the best or worst. There are two in particular of which I am very proud.

The first is called MOINHO, an old wheat mill located in a in an impressionable region of a medium-sized city in central Brazil. When we arrived, it was meant to be a mall, but we realized that the entrepreneurs had a strong sense of social purpose. Once we began to involve the community and its entrepreneurs in a collaborative project, together we transformed it into a centre for social impact. This included ventures of housing, health, education, trade and innovative businesses. This set of buildings has now become a new centre point in the northern part of the city and a source of pride for the community.

Another important project was the city centre of the Campo Grande, capital of the state of Mato Grosso du Sul. This project was done with SEBRAE (Serviço Brasileiro de Apoio às Micro e Pequenas Empresas), an autonomous social institution whose aim is to foster the development of small enterprises, city hall, and resources from the Inter-American Development Bank, the largest source of development financing for Latin America and the Caribbean. Our work zone consisted of 10 blocks in the city centre down main street with commercial characteristics. In this project we developed together, alongside the community, new sectors of development for the street which until then exclusively seen as commercial. We were able to do so though co-creation workshops and fluid communication with the community itself.

This diversification based on local identity has been especially useful in the post-pandemic period.

How does Placemaking ID differ from other approaches?

The approach is essentially different in that it works with places based their own identity, which in turn is achieved through collaborative and co-creative processes within the community.

Collaborative approaches are growing within the practice of placemaking. However, too often they do not take into account symbolic, identity, cultural and behavioural aspects. This is precisely because they do not have that extra layer of place branding and the understanding of the emblematic universe intrinsic to it.

It should be said that Placemaking ID is not about architectural design or urban planning. We are not an office of architects and urban planners, although we have architects and urban planners on the team. The key function of Placemaking ID is to co-create guidelines for the materialization of the vocation and identity of the place and public spaces available for use. These could be considered the most important aspect to shape perceptions of a city or neighbourhood. This goes by the same logic above as this is where community life happens.

That said, we are also strategic partners for the development of new places and modification of existing places. We work together with other project teams to find the best solutions for that place, not only from a physical point of view, but mainly in regard to the vitality of the place. This is where we look at the schedule and activities of place, which we call “software”.

Placemaking ID therefore presents a co-creation layer designed with and for the community. This layer changes identity and vocation into meaning. Meaning becomes experience and experience transforms into wellbeing and sense of belonging.